Click the images of the Micro Excavators below to view further details.

Some micro excavators are even smaller than cars and look almost like toy excavators. If you want to train someone in how to use an excavator, then a micro excavator is a great starter machine for them to use. They are even better for adults with no experience in using excavators. The documentation included with your micro excavator machine will let you get the gist of how to operate it.

Even though a micro excavator weighs about the same amount as a car, you still should not operate it on a paved road. The tracks on the ground could cause damage to the pavement and concrete, so it is not worth the risk. The micro excavators will be delivered directly to your project site. Softer surfaces containing sand, dirt, grass and soil are perfectly fine.

Bison Plant Hire offers competitive hire rates on all micro excavators, including the Takeuchi TB210R and New Holland E10SR. Both are impressive machines that can be delivered to your project site as soon as your order is placed or whatever scheduled time you prefer. Most clients don’t need to hire an operator for such a small excavator, but we can supply you with one if requested.

View as
Sort by
Display per page 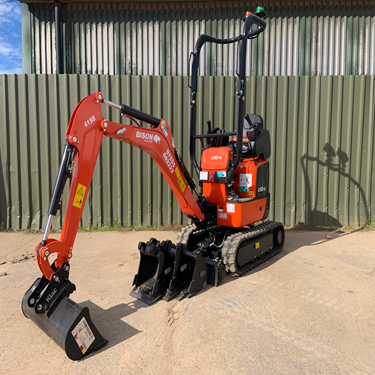 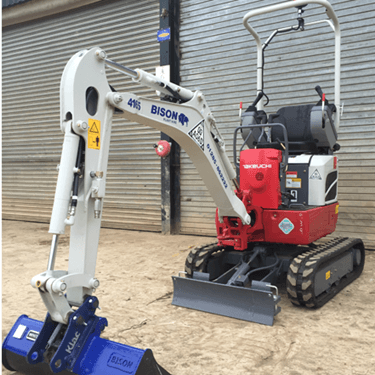